Which one is right? The Australia Oceania Debate

And WHY? After all, who is RIGHT?

When it’s called Australia, those with a higher level of enlightenment clear their throats and offer condolences. With correction. And a pitying glance.

Oh, so much drama.

Could it be that BOTH are right? And just maybe misunderstood?

The Case for Australia

It’s truly a continent. And while we’re at it, it’s actually the only place on earth that’s a country and a continent all at the same time.

That means if you choose to use the word Australia as a continent, you are entirely correct.

And while we’re at it, the islands of New Zealand are often grouped in with the continent of Australia, the same way Madagascar is grouped with Africa or Iceland is grouped with Europe.

So far, so good. So where does Oceania come in?

The Case for Oceania

The problem seemed to arise when trying to classify all the many little islands in the south & central Pacific. New Zealand has some good-sized islands, but there are thousands more islands on that side of the globe that are barely perceptible.

And these islands include independent states & territories.

It just seemed wrong to refer to all of them as part of Australia.

I guess they weren’t close enough to Australia to be grouped with Australia. Or maybe if you grouped them all together, they might be larger than their own “mother” continent. I’m not really sure.

Whatever the reason, those wise folks in geography academia decided we needed another way to identify them. And now we have Oceania.

Oceania covers the whole area: All of Australia, all of New Zealand, PLUS the myriad of islands in the region that were orphaned without a continent home.

In all of this, it’s helpful to remember that–technically speaking–Australia is a CONTINENT, while Oceania is a REGION.

In a normal argument, if one is right, the other is wrong.

But not this time.

However, the thousands of tiny islands of Micronesia are generally considered to be a part of Oceania, but not Australia.

These small islands are not grouped as part of any actual continent, but are in the Oceania region.

The same could be said for the islands of Polynesia. And that’s well over 1,000 islands there, too.

In the Let’s Go Geography curriculum, we use both terms, depending on the context. Because kids will encounter both terms in real life and should understand them both.

Now you know. And the next time someone tries to correct you… 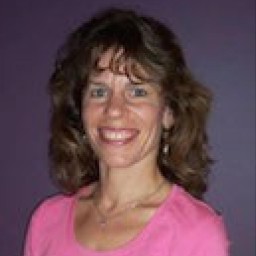